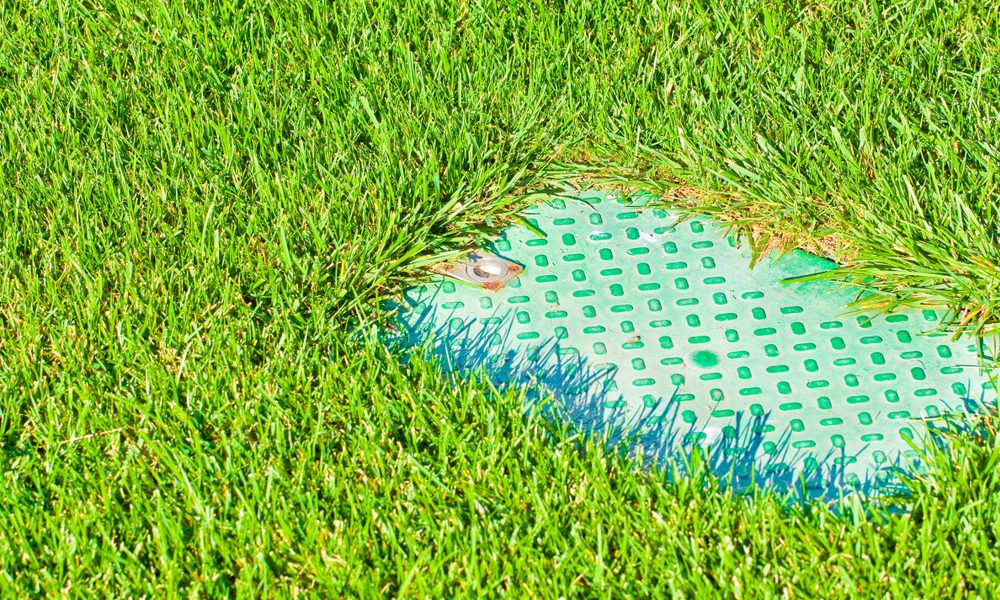 Irrigation valve boxes are life savers, protecting the valves, fittings, manifolds, and wirings down there from obvious damages.

But sometimes, the valve box gets located below the ground level. It also takes place while you’re leveling the lawn depressions up, or just restructuring it anyway. Unless the box is re-surfaced to the ground level, there would be numerous troubles. And I think that’s what you’re being bothered about as well.

So, how to raise the sprinkler valve box?

Simply put- you need to find the right size of the valve box or valve box extension and trim it height-wise if needed. Then, you’ll dig around the old box and put the new box on top of it provided that it’d been well-supported down there. Done so, you’ll get the required raise of the height.

Sounds easy, right? But my friend, it involves several sets of actions and borderline measurements that might not be that easy at all.

Hence, we’ve crafted a 360-degree guide around the subject and broken down the tasks into bite-size chunks.

Put your DIY hat on, and let’s dive in-

What’s Wrong With A Too Deep Valve Box?

Alright, we know that you already had faced some sort of trouble, and landed on this page seeking a solution. But just for the record, here goes a complete list of troubles a valve box can invite once it’s too deep compared to the ground-

Best Solution: Use A Valve Box Extension to Level It with The Ground

This method happens to be the most recommended and hassle-free way to level up a valve box. Because, otherwise you either have to dig out around the box all the way, or replace it with a new taller box that’d cost you a good sum.

Either of them isn’t quite easy nuts to crack, right?

Hence, all you need to do is find an extension(valve box without lid) of the right size and height and put it on your existing box. This way, it will re-create an elevated top surface and solve your problem for good.

But it’s not as easy as it sounds.

Most of the people who’ve tried this have gone nuts to find the ‘edge-to-edge’ match between the sizes of existing and the new box.

Let us break it even further. By a size matchmaking, we mean-

Enough of the problems. How do I get them done?- You might ask.

Well, we’ve got a quick trick to deal with the second one(height match).

But for the first one(surface match), it’s better if we break the trick up.

Rules of Thumb to Find The RIGHT Valve Box Size

Rule 1 of 2: Look for The Right Bottom

We’re gonna put the valve box on top of the older one, right?

If so, the new box should have a bottom opening that is either the same or a bit larger than the top(lid) opening of your existing box. So, among all of the specs of a box, look for the correct ‘Bottom dimension’ in the first place.

The commercial practice is to size valve boxes by usually the lid opening size. And that often comes out inaccurate. We’ve seen tons of customers complaining about displaying the wrong sizes of these boxes on the picture.

Long story short- don’t get misled by what they advertise until you’re 100% certain of what the actual bottom opening size is.

Rule 1 of 2: Look for The Right Inside Dimension

Usually, the inside dimension of a valve box bottom is about 0.5”-2” less than the outside dimension due to the oversized bottom flange. The flange has its perks, but in this particular case, this might mislead you anyway.

Since you’re going to put it on the top of the older box, we need to get the inner dimension correct instead of the outsider one. This is important because most of the boxes available online mostly provide the outside dimension. Beware of getting misled on that.

Got the two rules noted in your mind? Let’s go through a full list of various sizes of valve box extensions that are good values for the money-

Tip 1: In case You Don’t Find The Right Size

Given all of the variations of sizes, you still might not find the right match between the top of the old box and the bottom of the new box.

If the new one has a larger bottom than it’s needed, then keep pushing it down until the bottom rim of it sits on the top of the older box tightly.

But don’t go with a new box that has a smaller bottom than the top of the old one. This will make no sense, as they’re supposed to create a seal joined together.

Tip 2: Deciding Between Real Valve Box and Its Extension

Often, you’ll get the same version of a valve box missing the lid, and commercially labeled as the ‘extension’. Sometimes, extensions are even custom-made as well.

So, which one should you go for while thinking about raising your box?

As you have already a box in the job, you might think that- just an extension would be fine.

The thing is- extensions are fine, as long as you don’t need to work on the irrigation throughout them. But in most of the cases, that’s not likely.

Hence, to keep the freedom of working on the valves, or the irrigations, we’d suggest going with the entire box instead of the extension. The lid of the older box might need to be thrown away, as the new box will have a new one, but that’s nothing important.

If you are strongly sure that you won’t make any change to the irrigation system, then the extension without a lid will be fine.

Let us say that, by far, you’ve found one right sprinkler valve box to put on top of the old one. Followings are the steps of doing it right so that there isn’t any leaks or scopes of damage once you’re done-

First thing first, we’ve to decide how much the new box will sit on top of the old one. This is done to make sure that the joint between these two is a 90-99% sealed(water-proof, dust-proof one).

If you’ve found a new box that has the exact sized bottom opening to the lid of the older one, that’s a jackpot. If not, you’ve to insert the bottom of the new one on the top of the new one, and keep pushing it until it’s a tight fit.

Hence, take measures of these-

Once you got the measures, here is the formula-

If required, make some trimming to the bottom of the new box. The only tool needed to do so is a pair of secateurs.

Here are some of our recommended secateurs of different budgets-

Step 2: Dig Around The Existing Box

To house the new box on the old one, you have to dig down around the perimeter of the old one. A piece of safe advice is to dig down more than how much it’s required. Make sure that the digging isn’t wider than 1-2 inches. Filling it up would be tough otherwise.

Many don’t prefer to remove the lid of the older one. But as we’re having a new one, and you’d need to access the valves inside, that’s not quite an option.

If it’s a valve box extension you’re going to put on top of it, then the lid has to sit on the new one anyway. Make sure that it matches perfectly in that case. Any kind of seals or overfit/underfit isn’t expected at all.

Step 4: Place The New Box Over The Old One

Alright, we’re set to put the newly bought box on the old one now. If it’s a new valve box that you’ve gone with, it would have flanges around the bottom opening. And it brings on some special considerations.

While putting it on top of the old box, the flange has to be supported enough. If not, it will easily get tapped down by lawn mower or even footsteps. Therefore, you’ll see the surface of the box gone down and a hole is being created once again.

So, how’ll you support the flange around the old box body?

It’s done well by some solid filler material beneath the flange of the box. This support will neutralize any pressure or force on the top surface, and keep the surface as aligned as before.

About the filler materials, you can try any of these-

The filler material is best served while distributed all around the perimeter of the box. In case you’re running short of filler materials, you can fill up three/four slots with equal intervals.

So far, you should see the new box to sit on the older one perfectly, and raise up the lid surface to the desired height.

Now backfill the space around the edges with soil. And we’re done! There might be excess soil remaining. Dispose of them with a wheelbarrow or alternatives.

Although we’ve tried to enlist a few good quality valve boxes and extensions for you, we still believe that there will be unwanted issues while you’ll be finding the right one.

To make finding the right box easier for you, here are a few of the latest valve box catalogs (PDF) from NDS, Dura, and Rainbird-