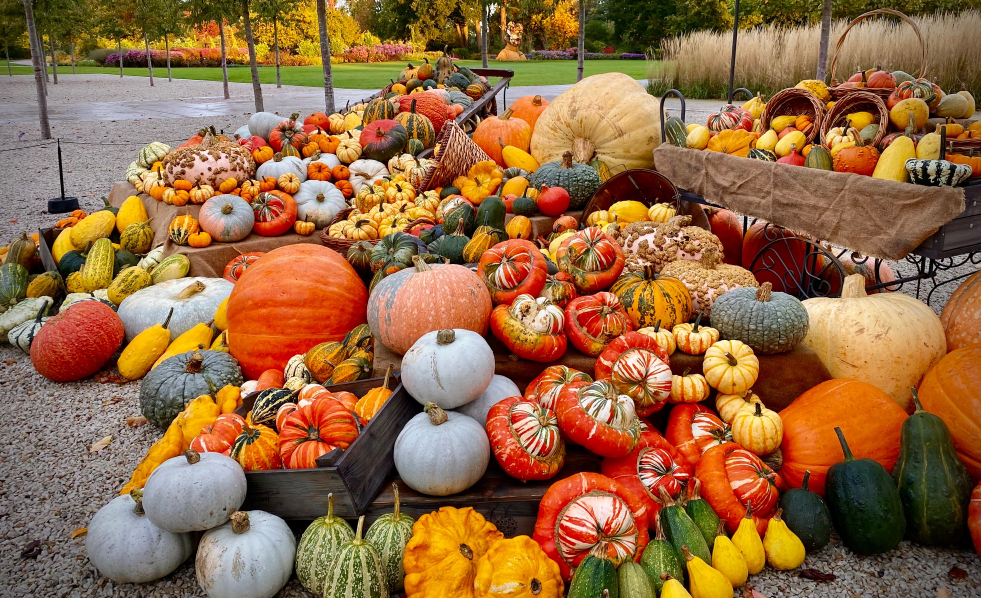 Pumpkins are among some of the most recognizable crops you can grow. With beautiful, blooming plants that create sweeping vines and stout, orange pumpkins, it’s not just a great plant to grow for Halloween alone.

You can use pumpkins for a variety of uses, from carving them into creative designs to roasting the seeds, making soup to crafting a decadent pasta sauce! But you might also be wondering, what exactly is a pumpkin plant—is pumpkin a fruit or a vegetable?

The answer might surprise you, so keep reading for a discussion on if pumpkin is a fruit and what to do if your pumpkin is growing and producing well.

Is Pumpkin A Fruit?

Several types of produce like to surprise us with their true nature, such as tomatoes.

Though they might not fit in a fruit salad and are far more suited to a ragu sauce, tomatoes are indeed a fruit and not a vegetable.

Keeping this in mind though, what about our orange friends—is pumpkin a fruit? While we might imagine pumpkins dotting a vegetable patch, let’s dig in and investigate their roots. 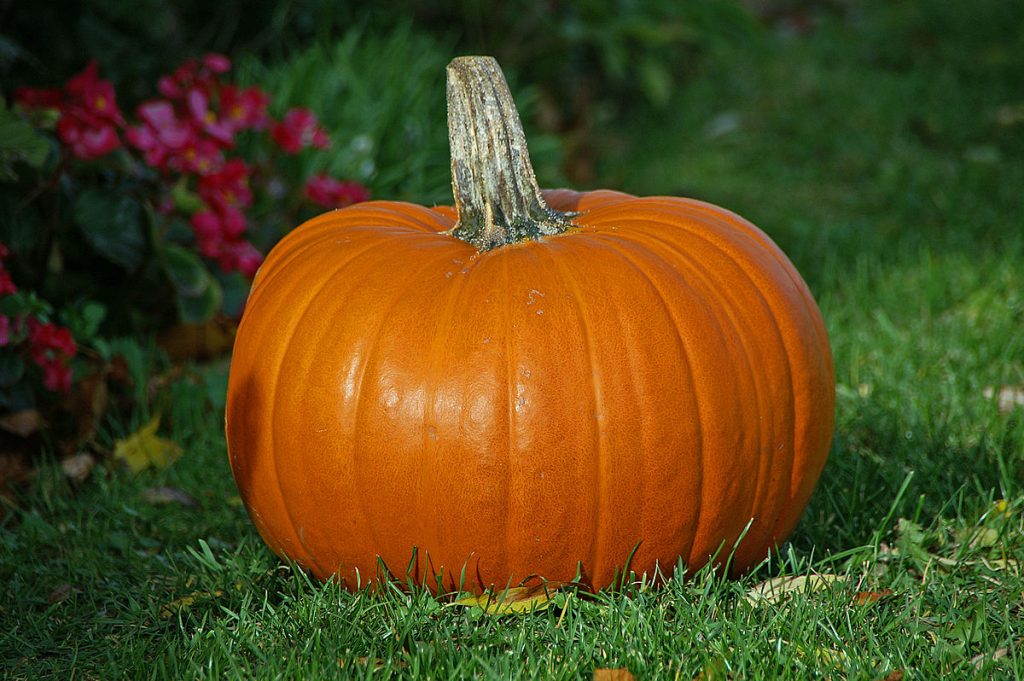 Is Pumpkin A Fruit Or Vegetable?

Though you can often find pumpkins in the vegetable section of your local grocery store, the pumpkin is actually not a type of vegetable. Pumpkins are a fruit!

In terms of the botany of it all, because of the pumpkin’s edible flesh and the seeds it encloses, with the entire thing growing from the flower of the pumpkin plant, it is a fruit.

In fact, New Hampshire even made the pumpkin its state fruit in 2006, just to solidify this fact for the public!

Because of their plant structure and seed system, pumpkins join a host of other produce types that are fruits and not vegetables, including tomatoes, peppers, and olives.

What Type Of Fruit Is A Pumpkin?

So, the pumpkin plant is a type of fruit. And while you likely wouldn’t add it to a fruit smoothie, what kind of fruit is the pumpkin, exactly?

The pumpkin plant is actually part of the berry family—specifically, the pepos category of berry. These types have hard, outer rinds, pulpy flesh, and flat seeds, including pumpkins, watermelons, and cantaloupes.

If you’ve carved a pumpkin before then you are likely familiar with the stringy pulp on the inside, as well as the large, flat seeds that you need to scoop out. And it’s these aspects that help identify the pumpkin as both a fruit and berry, particularly the seeds, which are also known as pepitas.

Is Pumpkin A Fruit Or A Gourd?

Pumpkins belong to the Cucurbitaceae family of winter and summer squashes that also have pepos characteristics of berry types.

So, to summarize, the pumpkin is a fruit, a berry, a squash, and a gourd. With a complicated family tree, this plant belongs to a wide family that encompasses many types of produce.

And while pumpkin fruits might not be good in a compote, your pumpkin pie or pumpkin soup will still be delicious regardless of the plant’s hereditary roots!

8 Reasons Why Your Pumpkin Plant Is Not Producing Pumpkins

So, your pumpkin plant is a fruit, but what happens if the vines are not producing pumpkins?

It can be frustrating to watch your green vines thrive but no orange pumpkins appear. You might want your full-grown pumpkins in time to make Jack-o’-Lanterns or to prepare a wonderful winter soup, so what can you do to fix this growth problem?

Let’s discuss 8 of the top reasons why your pumpkin plant is not producing fruit, as well as what you can do to help encourage pumpkin growth. 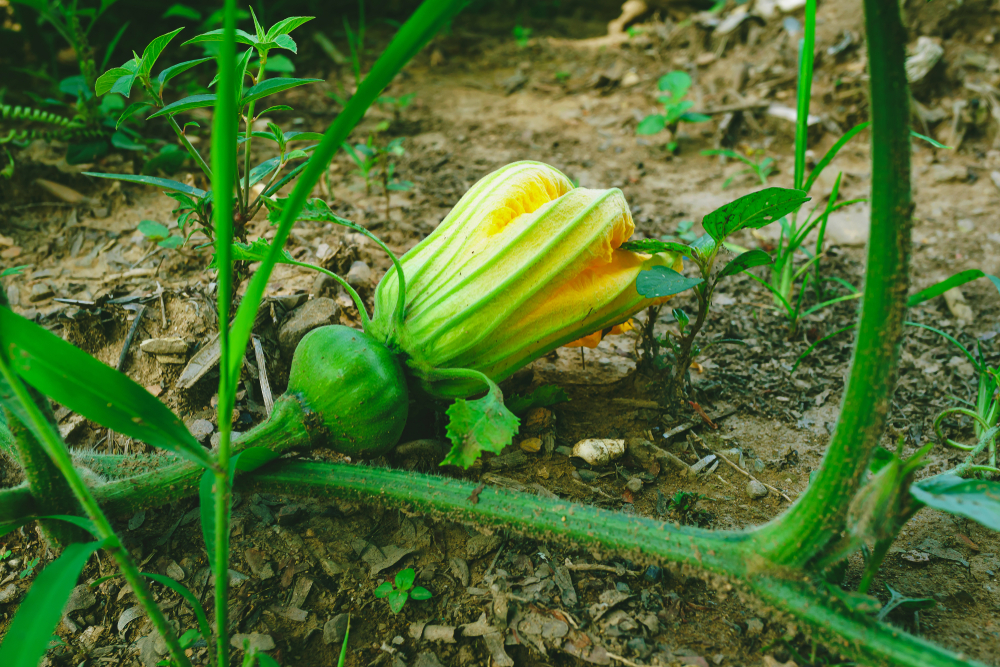 Pumpkins cannot grow in conditions that are not moist enough. Because these fruiting plants draw on nutrients from the soil and rely on water to help propagate, if your garden has arid conditions then your pumpkin plants will not be able to flourish.

If you notice a lack of growth and dry dirt, give the pumpkin vines some one-on-one time with a hose or sprinkler to help.

As with most plants, pumpkin vines need access to plenty of sunshine to photosynthesize and procreate. If your vines don’t have enough sunlight, they will lack the energy to create pumpkin fruits and you will have a meager harvest.

Make sure your pumpkin plants are located in an area with ample sunshine, but not too much heat. 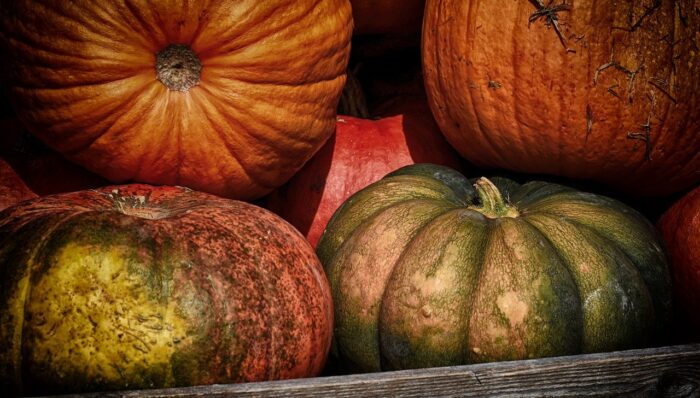 Pumpkins rely on the pollinators of your garden to fertilize their buds and produce fruit. If this isn’t happening naturally with bees and other helpers, you might have to step in and help the pollination process complete.

Because the male blooms have the stamen and females have the ovary, you will have to combine the two. Using a gentle brush, dust the male’s stamens and transfer the pollen to the female bud. If this self-pollination is successful, it should help produce the pumpkin fruit.

While pumpkins are generally a hardy species of plant, they are still susceptible to some of the more common pests and diseases that can plague your garden.

Keep an eye out for discoloration in your pumpkin leaves or signs of pests chewing on the plants. In particular, foliar diseases in pumpkins are common, so watch for mildew and blights. 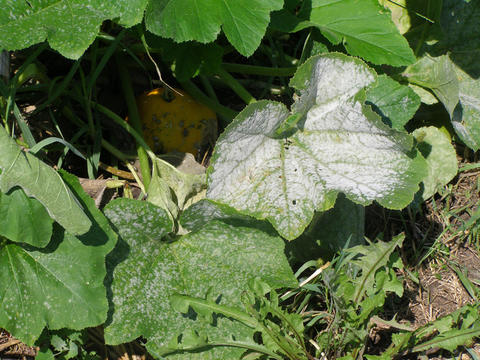 It takes a while for pumpkins to grow, especially if they are forming from seed plantings.

In general, budget around 120 days for your pumpkins to fully mature and be harvestable, and if you don’t plant them with enough time to grow fully before a frost, then you might not have a good crop on your hands.

If you notice plenty of leaves and vines, but no fruit, your soil might be overly-nutritious. This leads to the plant putting its energy into greenery but not flowers and fruits. Try switching to a fertilizer with lower nitrogen levels and a higher phosphorus percentage to balance it out.

If your pumpkin plants are roasting in the sun, they likely won’t produce good fruit. The optimal soil temperature for garden pumpkin growth is around 70°F, but when they are stuck in hot, highly sunny conditions, the pumpkin dehydrates and struggles to grow. 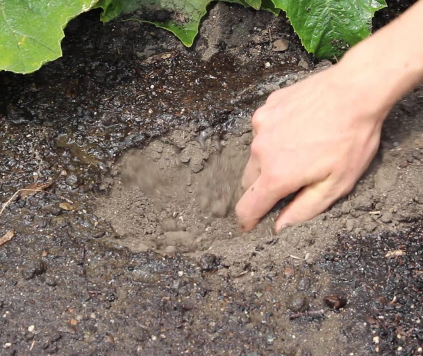 Though dry soil is problematic, if your pumpkin plants are drowning in too much water it will cause growth issues. Waterlogged roots can be a major issue for pumpkins and other vine-borne squash, as they do require plenty of water to grow well.

Pumpkins are very recognizable, and characteristic of the autumn season. And while the pumpkin is traditionally a savory product that doesn’t have a lot of natural sweetness in the flesh on its own, classifying pumpkins as a vegetable is common.

But don’t be fooled—your big, orange pumpkin is a type of fruit!

And by keeping this in mind, you can successfully cultivate pumpkins of your own by following some simple tips if you notice your pumpkin plants are not producing fruit. Create your own pumpkin patch and enjoy the seasonal bounty it brings!

Pumpkins are a jolly, useful type of produce often forgotten as part of the fruit family. But when we dig a little deeper into their family tree, some fascinating branches appear. Now let’s go over a few of the most common questions people still tend to have about pumpkins.

Does Pumpkin Count As A Vegetable?

The pumpkin plant is not a vegetable. And while we refer to pumpkins as squashes or gourds, that does not make them part of the vegetable family. Pumpkins are actually a type of fruit.

This is because of the plant structure of the pumpkin, particularly how it grows from a flower, contains edible flesh, and the entire thing encloses seeds. This is the botanical definition of a fruit, and pumpkins fall well within those parameters.

What Type Of Fruit Is A Pumpkin?

The pumpkin might be a fruit, but it’s also part of a subspecies—the berry family! Pumpkins are actually a berry, and strictly speaking, are a member of the pepos berry type.

You can classify pumpkins as such because of their hard skins, stringy pulp, and many flat seeds called pepitas. Others in this same pepos berry family include watermelons, cantaloupes, and even cucumbers.

Why Is My Pumpkin Plant Not Producing Pumpkins?

There can be several reasons why your pumpkin plant refuses to bear fruit, as we discussed previously. Lack of pollination, too much heat, and pests or diseases targeting the plant are all possible explanations for your pumpkins not reproducing well.

Additionally, it does take a while for pumpkin plants to begin producing fruit. Because they need to be pollinated via both the male and female blooms, if your garden is not frequented by bees and butterflies this process could be delayed.

How Long Does It Take For Pumpkin To Bear Fruit?

Typically, pumpkins will take about 1.5 months to 2 months for the fruit to grow after successful pollination of the flower.

However, if you are planting your pumpkins from seed and are curious about how long they will take to mature from start to finish, it can take up to 120 days for the entire process to complete and leave you with a harvestable pumpkin.

How Do You Get Pumpkins To Fruit?

Though pumpkins are generally a hardy plant, keeping the conditions just right will help encourage them to fruit more effectively.

Make sure the soil is moist but not too wet, and that they are getting enough sunshine but are not exposed to excessive heat.

Additionally, if you notice a lack of pollinators in your garden, you might have to help with the pollination effort to create the fruit itself. This can be done by dusting the male bloom’s stamens with a delicate brush, and then transferring this pollen to the female flower.