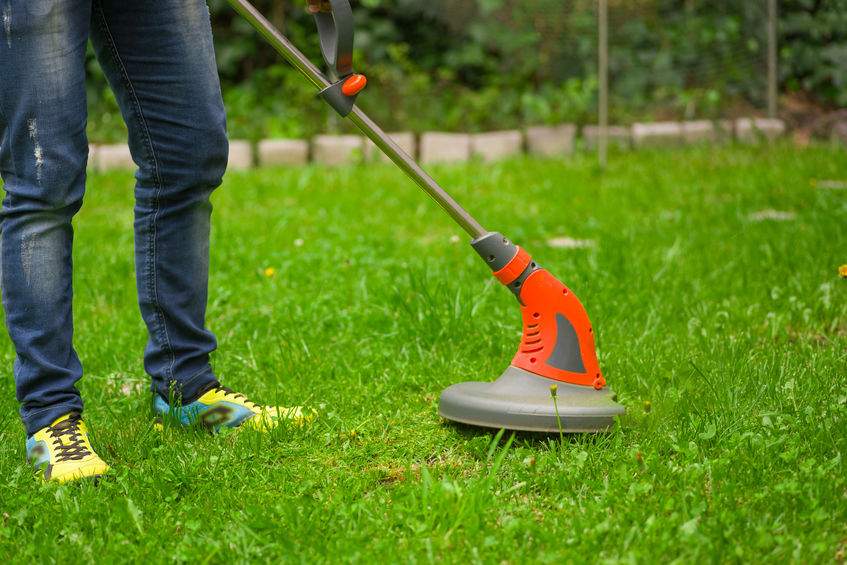 Weed eaters are mostly powered by 2-cycle engines. And like every other machine, they develop issues after being used for a while. While some of them might be unfixable and require replacement, the majority of these issues can be resolved, sometimes even without professional help. In this article, we cover the various reasons why a weed eater won t start and how to resolve the issue.

The engine of a weed eater is made up of several parts. A problem with some or a combination of these parts could cause the weed eater to cut off after turning it on. Below is a list of issues that could cause an engine to stall:

Now, let’s dive into each of these issues and show you how to resolve them.

There are two issues in this section that could cause a weed eater to stall;  the fuel level, and the fuel mixture.

The weed eater stalls whenever the fuel in it is insufficient. Ensure that it has enough fuel to start and keep it running for the duration of your use. Also, whenever filling up the tank, make sure the fuel doesn’t go past the designated line to allow room for air in the tank. After topping up the tank, depress the primer bulb to prime the fuel system and make sure it’s filling up.

A 2-cycle engine is fueled by a precise mixture of gas and oil. The oil in the fuel lubricates the engine while running and prevents it from overheating. An incorrect fuel mixture or bad fuel can cause the weed eater to stall when started. When fuel is left in the weed eater for a long time, some of the gas evaporates leaving sludge behind that soon blocks the carburetor fuel intake port, thereby causing the engine to stall.

To prevent this, ensure you empty your fuel tank before storing long term, or add a fuel stabilizer to increase the fuel’s shelf life and prevent it from going bad quickly. As for incorrect fuel mixtures, when it has too much oil, the engine smokes when run. Too little and it overheats. Both scenarios can cause your engine problems over time.

Another thing that can affect the quality of your fuel is the ethanol content. While it is acceptable to use a fuel mixture with up to 10% ethanol, it is better to avoid it completely. Ethanol, if left for a while, collects water, causing the mixture to separate into a gas layer and an ethanol-water layer. Also, ethanol doesn’t bond with the oil in the mixture, unlike with gas, leading to poor lubrication in the engine.

Using commercial premixed fuels eliminates all these issues. Commercial premixed fuels are ethanol-free, have longer shelf lives, have the correct level of fuel stabilizers, and have a very precise gas-oil ratio. This makes them safer than their DIY counterparts, and they do not leave residue in the tank or engine. They are more expensive than homemade premixes though.

If you’d rather do it yourself or can’t afford the commercial premixes, here are some of the things to note. 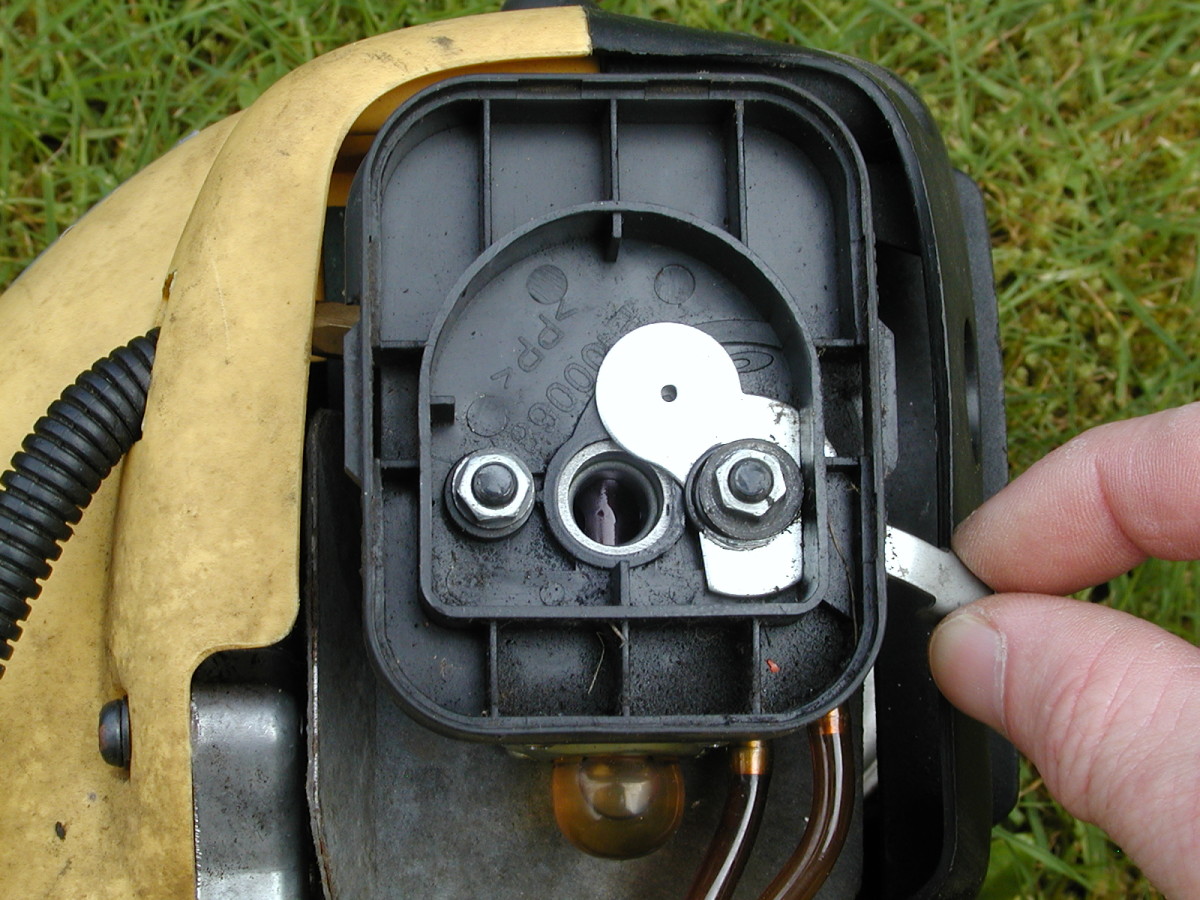 The choke restricts the flow of air into the carburetor bringing about an enriched fuel-air mixture in the carburetor. This is necessary when cold starting the weed eater. When starting a weed eater, the choke is moved to the farthest position. The moment the engine comes on, it is returned to its rest position.

If your choke is permanently stuck at the on position, the engine would start successfully, but then stall after some seconds as it’s no longer getting enough air. If, on the other hand, the choke is loose, vibrations from the engine might move it from the rest position to the on position or halfway, causing the engine to either stall or smoke due to incomplete combustion of the fuel-air mixture. To resolve this, replace the choke with a new one. This video explains how to go about that.

The fuel filter is there to prevent debris and other foreign particles from getting into the fuel line. If you’ve been using bad fuel mixtures, there is a good chance that your fuel filter is now clogged. This reduces the amount of fuel going into the carburetor. The fuel that gets in might be enough to start the weed eater and even keep it idle. But once it’s throttled, the weed eater won t start.

In the carburetor of a weed eater, fuel is mixed with air before being sent to the engine to ensure complete combustion of the fuel. Like the fuel, the air going into the carburetor is filtered for particles with an air filter. Should the air filter get too clogged, the engine either begins to sputter and cuts off or it smokes when running, just like when you have a bad choke.

To clean your air filter when clogged, follow the following steps.

Cleaning or replacing a spark arrestor isn’t as easy as an air or fuel filter. To clean the spark arrestor you would need a propane torch and a plier.

If you’ve tried all the above steps and your weed eater won t star, then it’s time you looked into the carburetor. The carburetor determines the appropriate fuel-air ratio necessary for combustion in the engine. It also regulates the idle and full throttle speed of the weed eater. There are four things in a carburetor that could cause a weed eater to stall; the fuel mixture regulators(idle and full throttle), clogged carburetor, worn out fuel pump diaphragm, and rigid/worn out metering diaphragm.

NB: If you are unable to locate the screws, consult your manual, or go online and search for the location of the screws for your brand.

If you have been running your engine on bad fuel, it is likely to have clogged your carburetor. You can clean this by spraying the carburetor with a degreaser after taking it apart to get rid of all the sludge and dirt in it. This video does a good job of explaining this process. If after doing this, the engine still stalls, move on to the next step.

The fuel pump diaphragm helps regulate the fuel in the fuel-air mixture. It is a piece of plastic with two free-moving flaps facing inward. If the diaphragm gets deformed or worn out, it would need to be replaced.

This article shows how to replace both the fuel pump diaphragm and the metering diaphragm. 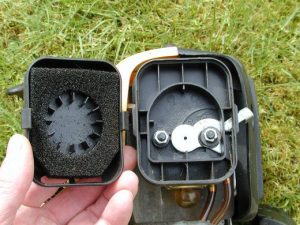 There are a bunch of things that would make it hard for a weed eater to stay running and they can all be easily prevented. If your weed eater fails on you, any of the above-listed steps should be followed but to generally maintain and increase the lifespan of your gardening tool, you should: