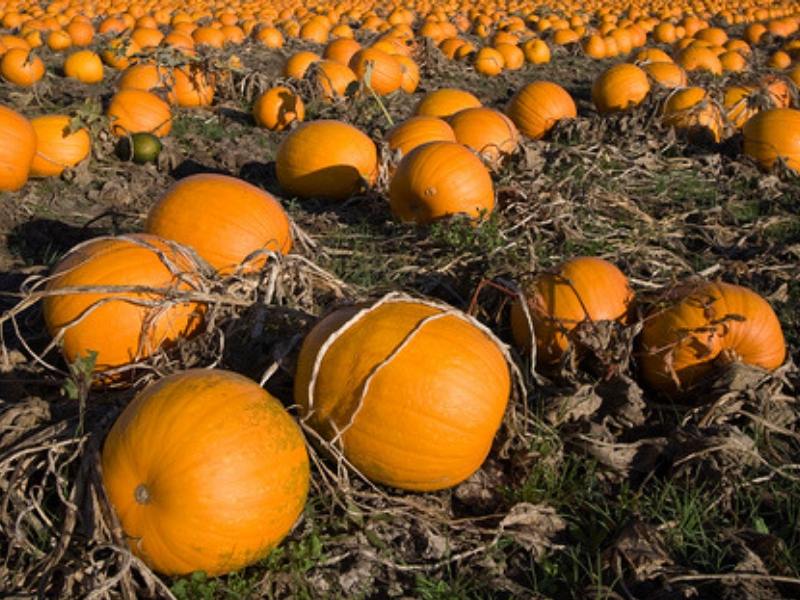 There are few plants that symbolize fall as well as the pumpkin. With this in mind, it’s no wonder that so many home gardeners are starting to grow them themselves. But while it’s crucial for a home gardener to know when to harvest a pumpkin, you’ll also want to know how to spot the perfect pumpkin if you’re simply heading to a pumpkin patch!

That’s why we came up with this comprehensive guide to walk you through everything you need to know. By the time you have finished reading, you’ll be a pumpkin expert, and the next time you go to harvest a pumpkin you’ll know exactly how to spot the best one – and you’ll know the best way to harvest one!

When to Harvest Pumpkins 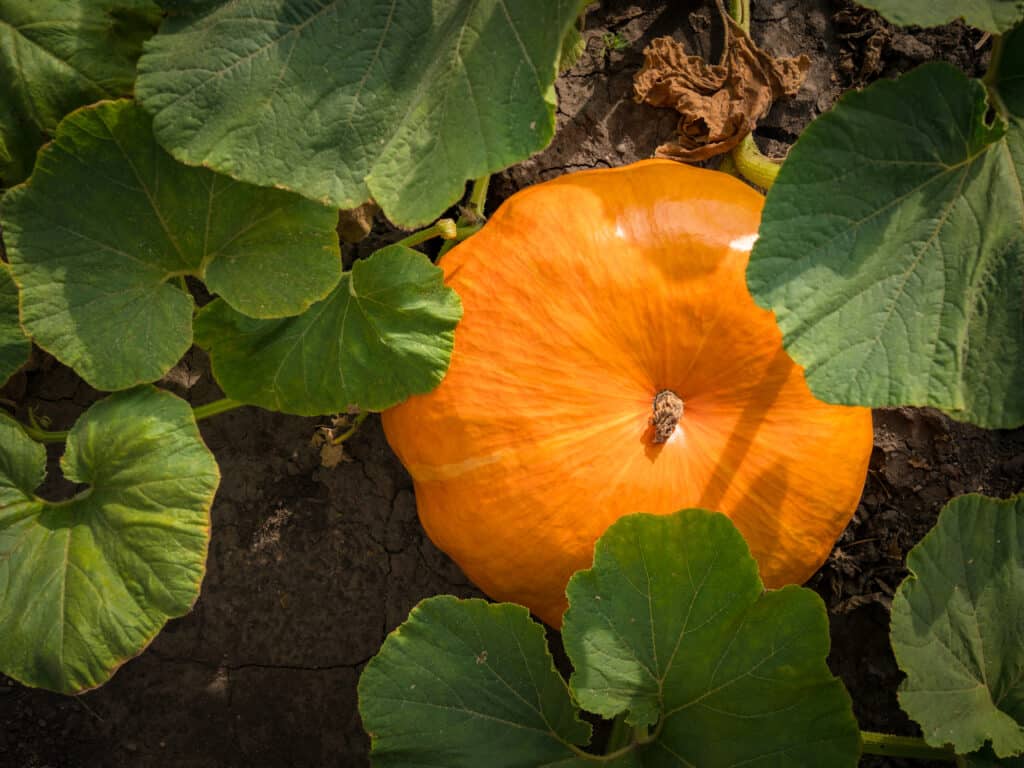 While each variety has its own growing schedule, you can usually expect to harvest your pumpkin anywhere from 90 to 120 days after planting. So, for perfect fall pumpkins, you should plant them between early May or through June.

By planting then you should get a harvest sometime between late August to late October. But while your plant variety might not start to ripen until October, it’s always a good idea to start keeping a closer eye on your pumpkin plants come August.

From there, it’s all about checking for the individual ripeness of each fruit. Because while the plant might be supposed to ripen after a set number of days, some fruits will ripen sooner, and some later.

The most important factor you need to consider before harvesting a pumpkin is whether or not it’s ripe. That’s why we highlighted four different ways you can check if your pumpkin is ripe. It’s not something you want to get wrong, so it’s best to try all the different methods to ensure your pumpkin is good to go!

You really start to know that it’s close to time to pick your pumpkins when you start to see the color change. Pumpkins all start their growing season green, and they’re starting to ripen when they change colors.

It doesn’t matter what the final color of the pumpkin is supposed to be, you should wait until the entire pumpkin has reached that color before picking. Not only does this give you a better-looking pumpkin, but it also decreases the chance of your pumpkin shriveling prematurely after you pick it.

Once the color on your pumpkin checks out, it’s time to start feeling the rind. You want a pumpkin with a tough rind, which means if it’s overly soft, then it’s not time to pick it. But how soft is too soft, and how hard is hard enough?

The easiest way to test is to press against it with your fingernail. Your nail should make a small dent, but it shouldn’t puncture the skin. If this is the case with your pumpkin, then there’s a good chance it’s time to pick your pumpkin.

If the color checks out and the rind checks out, then you should be good to pick your pumpkin, but we have two more tests for if you’re still a little worried.

Give the Rind a Knock

This is an especially useful trick if a frost is coming or if you have a rarer green pumpkin variety. By knocking on the pumpkin, you can test the hardness of the rind and the ripeness of the pumpkin all in one go!

As a final test to determine if it’s time to pick your pumpkin, you can look at its stem. Pumpkin plants know when the gourd has had enough nutrients, and when that happens, the plant will start to taper down the amount of nutrients it sends to that gourd, and prioritize moving them elsewhere.

When this happens, the vine at the top of the pumpkin starts to turn brown instead of the soft spongy green, and your pumpkin isn’t getting much by staying on the vine. You might as well pick the pumpkin then, since the plant is no longer pumping nutrients into the fruit!

How to Harvest a Pumpkin

Once you’ve determined that it’s time to harvest your pumpkin, you need to actually pick it. The good news is that correctly harvesting your pumpkin is pretty straightforward.

You want to get a sharp knife or shear, and cut several inches above the gourd. Cutaway from both the gourd and the plant, and try to get a clean cut to keep anything from rotting.

Don’t try to cut the vine as close to the gourd as possible, as the vine will actually provide a few nutrients to the plant one last time.

When you’re moving the fruit inside, grab it from the underside, and avoid using the stem as a handle. The stem often isn’t strong enough to support the entire fruit, and if it breaks off, it can lead to the pumpkin starting to rot.

Sometimes you want to puree or carve your pumpkin as soon as you harvest it, and if that’s the case then there’s nothing you need to do but dig in! But if you’re looking to get your gourd to last a little longer, there’s a pretty simple curing process you should follow. 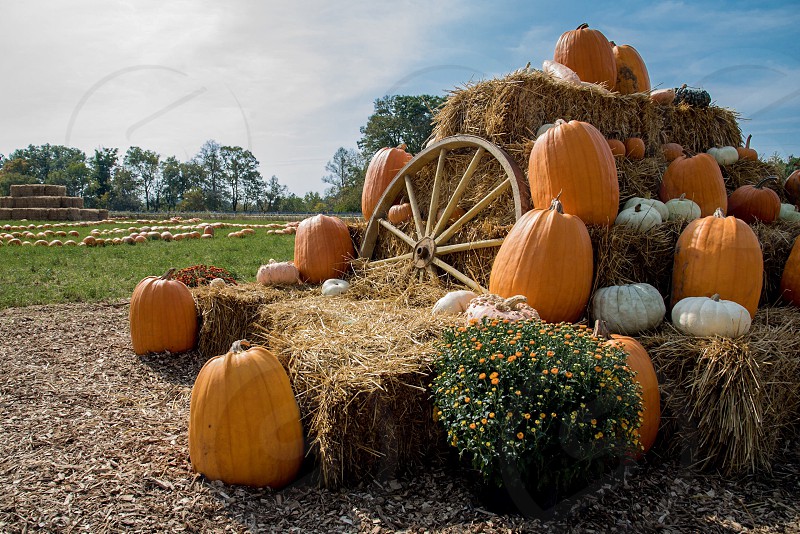 When you do it correctly you can store your pumpkin for up to four months, which means more fresh fruit throughout the year!

The first steps to curing your gourd are pretty simple. Start by wiping down the fruit with a clean, dry cloth. You want to remove any excess dirt on your pumpkin, but the main objective is to get it dry and remove excess water.

Once you’ve finished wiping it down, move the gourd to a warm, sunny location and let it sit there for at least ten days. Once the ten-to-fourteen-day mark has passed, you can move your pumpkin to a cooler location.

If you store your pumpkin in a dark and cool spot it can last up to four months! Meanwhile, if you’re sitting your pumpkin on a dining room table or another decorative location then you can safely expect it to last about two months.

Just keep in mind that if you’re looking to carve your pumpkin, it will only last about five to ten days after carving. The inside of the fruit doesn’t handle exposure to the elements very well, so as soon as you cut it open, the clock starts ticking, and the insides start rotting. 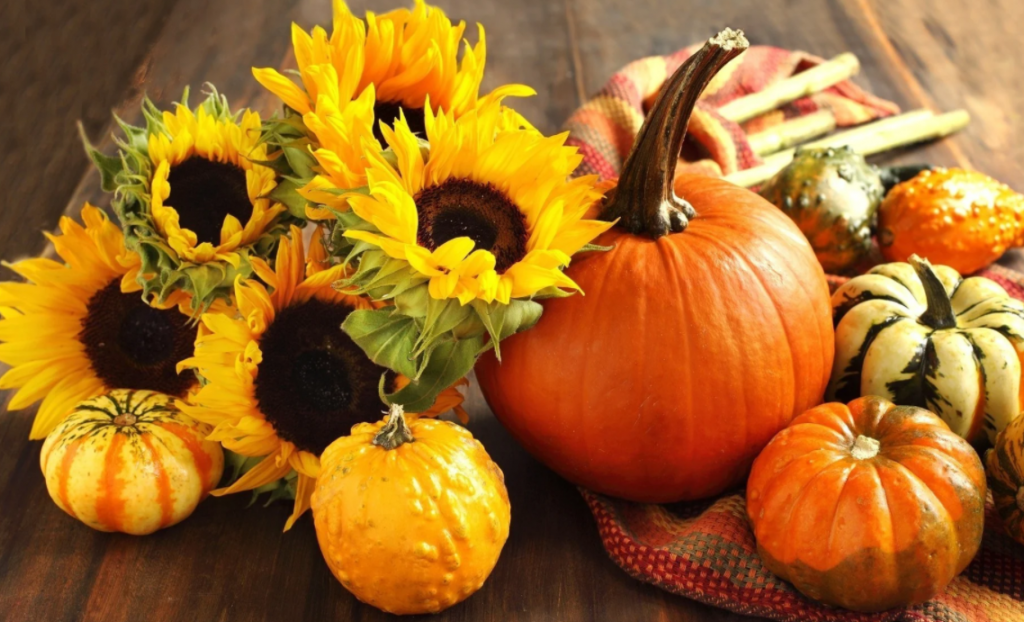 The last thing you want when you harvest a pumpkin is to have it shrivel up and die on you in just a few days. Fortunately, if you know what you’re looking for, there’s no reason you can’t harvest the pumpkins at the perfect time and avoid the headache to begin with!

That way, you can have perfect pumpkins for fall decorations for the entire season! Even better, you can dive into some fresh pumpkin treats all fall and winter long!

If you still have some questions about when to harvest pumpkins after reading through the guide, you’re not alone. That’s why we answered some of the most frequently asked questions for you here.

Can You Leave Pumpkins on the Vine Too Long?

As long as you pick your pumpkins before the first frost, you’re good to go. The reason for this is that you really can’t leave pumpkins on the vine for too long, but you can certainly take them off too soon.

So, if you’re worried that your pumpkins aren’t ready yet, leave them on a little bit longer. As long as there’s no frost in the forecast there’s nothing to worry about!

How Do You Know When Pumpkins Are Ready To Be Picked?

The two easiest ways to tell when you can pick a pumpkin are to check the color and the hardness. Pumpkins start growing green, and they’ll turn into their final color when they begin to ripen. For most varieties this is their signature orange hue. But whatever their final color is, you need to wait until the entire pumpkin has changed colors to harvest them.

Second, you need to feel the rind. If you can easily press against the rind with your fingernail and it leaves a mark, it’s not ready for you to pick it. If you pick a pumpkin too early, it can start to shrivel in just a few days. Meanwhile, a correctly picked pumpkin can last up to three months!

What Month Do You Harvest Pumpkin?

It really depends on when you plant the pumpkin plant to begin with. Most pumpkin varieties take 90 to 120 days to grow, which means you’re typically picking them from late August to late October. They’re definitely fall plants through and through!

And when you look at their ripening time frame, it’s pretty easy to tell that when you’re out in the pumpkin patch picking pumpkins for Halloween, you’re right at the tail-end of their ripening schedule. And since you can’t leave a pumpkin on the vine too long, a well-run pumpkin patch has the most possible pumpkins right when they need them!

Can You Eat a Pumpkin Straight After Picking?

You can absolutely eat a pumpkin straight after picking it! While most people prefer to cook their pumpkin and pumpkin seeds in various ways, there’s nothing wrong with eating it raw if that’s how you prefer it.

But if you plan on storing your pumpkin for later, then you should cure it for at least ten days before storing it.

How Do You Keep Pumpkins From Rotting After Picking?

If you’re looking at keeping an uncarved pumpkin from rotting after picking it, then there are a few things you can do. First, cure it by sitting it out in a sunny area for about ten days. This gets some of the excess moisture out of the pumpkin, which allows you to store it for longer without it rotting.

Second, find a cool, dark place to store the pumpkin. You need to keep the pumpkin off the ground, and store it upside down (stem facing down). When you store it this way, your pumpkin should easily last three to four months.

How Often Should Pumpkins Be Watered?

This more infrequent watering schedule still gives your pumpkins all the water they need to thrive, but it also reduces the chances of your fruit rotting. It’s also why you should try to water the soil directly, instead of watering the foliage and the plants.